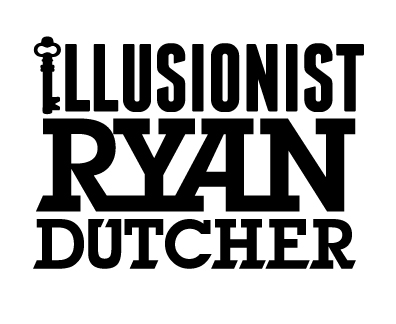 Home
About
Get There
Tickets

By Illusionist Ryan Dutcher (other events)

ONLY 50 SEATS WILL BE SOLD!

Ryan love performing in his hometown. In 2020, pre-pandemic Ryan and his team were set to embark on their largest tour ever that was suddenly cut short. We will get back to where we left off soon, but first, A Hopewell Show! Ryan has opened for country super stars Toby Keith, Jake Owen, Midland, and so many more mega super stars. His show has been “touted as the key attraction” at many events. ABC said “it’s a Unique mix of magic, special effects and theatrics”. If 2020 was any sign of what is to come for Ryan, 2023 will be even better.

Be spellbound, as you witness the future of magic and illusion perform what MTV called "AMAZING" and Fordham University said was "INSPIRATIONAL!"

This is your chance to find out why he is referred to by many as the next David Copperfield! Watch as Illusionist Ryan Dutcher takes you on an unforgettable journey bending the fabric of reality to make you witness the impossible ......LIVE ..... right before your very eyes.

This is no ordinary magic and comedy show. Illusionist Ryan Dutcher truly represents the future of illusion and magical entertainment, incorporating fast paced magic, with classic hits from yesterday and popular music from today. Ryan performs shows that incorporate mind bending magic, cutting edge comedy and amazing audience participation. Touring the country, playing theaters, colleges, stadiums and many other venues both large and small, Ryan has left audiences in awe. His sense of humor and the connections he makes with audience members add the personal touch that sets Ryan apart.

This show is intended for a mature audience and contains vulgar language.

WARNING: Seating is first come first serve and depends on party size. This is an intimate show with only 50 tickets being sold. Seating will be at long rows of tables with other parties (family style/classic comedy show seating). Extended satirical material on this program may strike some viewers as vulgar, offensive, prurient, or (worst of all) serious. It's satire. Please adjust your expectations and interpretations accordingly. Also if you are not feeling well stay home. No one wants your cooties. There will be NO REFUNDS

other events by this organization